During a recent presentation on performance management I had an audience member ask me if perhaps I had minored in cynicism along with my degree in finance.  I replied that, with the science, psychology and philosophy I’d taken, I probably had minored in skepticism, but that the cynicism came later, much later, as part of my OJT as a newly minted division controller responsible for a balance sheet and cash collections.  It came as a bit of a shock that some customers just weren’t going to pay you.  For no good reason.  I would ask if perhaps the delivery had been short, or was late, or something went wrong with the implementation, or they were trying to use it as leverage on another deal, or maybe they were having cash flow problems themselves.  If so, we could work something out.  No, it wasn’t any of those things, this was simply how they treated all their vendors, they’d pay us when they felt like it, or maybe they wouldn’t pay us at all.  Out of that shock emerged a much wiser and savvier finance manager (and one less patient with overdue invoices). 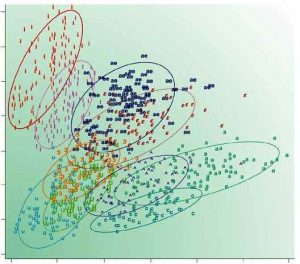 The specific issue that prompted this observation was a comment I had made about requesting a one-year or eighteen-month forecast from a sales region or an operating function that clearly has no ability to see out that far with any pretense of credibility.  My comment was that it was like sending out a forecast input spreadsheet labeled “Please Just Lie to Me, v1".  I have previously addressed some of these forecasting pitfalls, such as sandbagging, or forecasting to the wall, elsewhere ("A Favorable Product Mix" and "Rolling Forecasts"), so instead I want to drop this mantle of cynicism and adopt the more respectable tone of skepticism that befits business decision support.

When I go to make a business decision (and by “I”, I mean the Royal “We”, comprised of everyone on the management team with a significant role in the final outcome) I don’t necessarily need perfection, I don’t need exactitude, I don’t need absolute certainty, and no business manager anywhere worth their salt does either.  We are used to making decisions under conditions of uncertainty.  In fact, ALL business decisions are made under uncertainty; it’s just a question of degree.

When I consider what information I do need to properly support a business decision, it falls into five categories.

First, I need to know where am I at right now.  Timely, accurate, consolidated results -cash on hand, inventory levels by channel, backlog, product costs and customer profitability, headcount.  One version of the truth.

Second, I want some assurance of our historical ability to execute - a business intelligence capability. Production yields, product margins, operating cash generation rate.  Not all of it comes from the financial data, though – some comes simply from experience and familiarity with the business and the people, such as successful product development, time-to-market, and new territory expansion initiatives.

Next comes a forecast, but one that can take any number of forms.  Sometimes it is a formal, analytical, driver-based, revenue and/or expense forecast, but other times it’s just a weighted pipeline or simply a project plan, a marketing plan, or a high-level business plan.  There are a lot of things to learn from being part of a new start-up venture, from the enthusiasm of the employees to the cleanliness of the new store (don’t you wish that supermarkets would just close down for a couple of weeks every decade or so to clean up and repaint and get rid of that yellowed-linoleum look?) (like I always say, you should clean behind your refrigerator and your dryer once every five years whether it needs it or not).  Another lesson pertinent to this discussion to take from start-ups is that they work from a foundation of acute uncertainty, from just a basic business plan, without all the bells and whistles, and yet there is no paralysis – business decisions still get made at the same velocity as in more established organizations of the same size.

What constitutes my fourth category, and perhaps the most important one when it comes to decision making, is that what I also need to know with respect to the previous three items (current position, ability to execute, forecast) is the RANGE of uncertainty around those data points; the confidence intervals, the variability.  The data is what it is, and a decision is going to be made regardless (all decent business managers already know that not to decide is to decide), but that decision can be greatly improved with an understanding of the associated risks.

These associated risks tie back to the ‘Please Lie to Me’ forecast – yes, the forecast has inherent value, but just as valuable as the final number is the assessment as to its accuracy and veracity.  What I don't need are made up numbers with pretend confidence that the forecast is precisely $105.3M.  What I need to know is that your best guess is $105M but that the range is probably between $115M on the upside and $80M on the downside.

Now I’ve got something I can work with.  Because a business decision is never just a go/no-go action; it’s either a Go but with appropriate risk management plans in place, or a No-go if no satisfactory mitigation options can be found.  Safety stocks, planned overtime, schedule slack, contingency reserves, second source suppliers, hedging, insurance, etc …  To make an INFORMED decision you need more than just the data – you need to understand the VARIABILITY in the data.

Forecasting software gives you this as a matter of course for the forecasted variables, but there are also a variety of simple, analytical approaches you can apply to your entire data warehouse to provide those confidence intervals along with the data, so necessary for proper risk management in the decision support process.  No skeptical CFO or manager should be without this level of risk mitigation and decision support understanding.

I remember a multiyear contract I was negotiating where precisely this level of understanding, knowing the variability, saved us from making a huge mistake.  In addition to the fixed-price annual contract, the customer also wanted a 110% monthly cap in order to better manage monthly expenses and cash from their end.  A quick analysis of 36 months of billing history showed, however, that one standard deviation of their monthly activity could vary +/-30% from the average activity billing, with two standard deviations (95%) at +/- 45%, a condition that would have burned us badly had someone without any analytical literacy simply accepted +/-10% as a “reasonable” number.

Last, but not least, the fifth and final of my decision categories, is my ability to monitor and change course once we get under way.  No decision is ever going to be “right” – it’s going to be ‘good enough’ to proceed with expected pending ongoing course corrections (which is why as part of category #2 I want to understand and internalize our historical ability to execute).  For this I will need feedback (timely result reporting again), metrics reporting, early warning signals, and an understanding of which levers to pull to affect operations.

Developing the enabling processes and a competency in employing all five of these decision support capabilities is typically what makes the difference between a well-run business and one that seems to bounce from one crisis to another, always in urgent mode, wondering exactly what it was that went so wrong, so often.