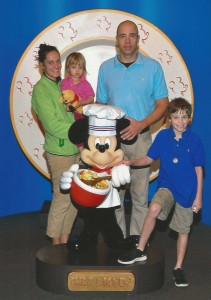 Christian Haxholdt, an analytics consultant in Global Professional Services and Delivery, has a passion for probability. Originally from Denmark, Christian is a former professor of statistics, and although he no longer teaches, he’s still an avid learner. Read on for his spirited interview, and be sure to check out the rest of the SAS Loves Math series and the SAS STEM webpage for more information!

What do you do at SAS?
I’m a consultant, so I do what lands on my table. That can be statistics, mining, optimization, or forecasting, which is really my core responsibility. But because forecasting is so closely connected to optimization, it’s only natural to migrate into that area occasionally.

How do you use math in your job?
I use a lot of analytical PROCs, and when you use PROCs, you use math. I typically set up mathematical and statistical models for the PROCs. I have to understand the theory behind the models I’m using to be able to use them most efficiently. In those respects, I use math every day.

What is your educational background?
I was educated in Denmark. I got my bachelor’s, master’s, and PhD from the Copenhagen Business School. My master’s was in management science, which is a very broad topic. But when I went to do my PhD, my advisor was a physicist, so I migrated into physics—and from there, I went into probability. Because I was a PhD student in the department of theoretical statistics, I had to teach statistics and probability. And when you teach something, you really learn it.

I actually just moved to the U.S. one and a half years ago. I worked for SAS in Denmark as a subcontractor, but before that I was a professor of statistics at the Copenhagen Business School. My area of expertise is in differential equations, simulations, and probability, but statistics is for fun. And now, 90 percent of what I do is statistics.

A lot of the people I’ve interviewed have also been math educators.
SAS is special that way! Because so many people have their PhDs, many of them have done teaching before. But I’m done teaching. I did my share, and I would not go back. I had my job as a professor, but I was an external consultant on the side, and I found that very amusing. So, I decided to leave the academic world because consulting is more fun for me. I get to apply everything I learn, and the problems are very difficult.

What kind of advice would you give to students studying math?
To all of my students, I said that there are three things you have to learn. First is English, because you need to be able to communicate, speak, and write well. Second is actually history—to understand the future, you have to understand the past. And the third is math. It’s not always necessary for everyone to learn math at a high level, but to strengthen your logical and analytical reasoning, you need to know some math.

When I interview people, I always go into theory. I’m not interested in whether or not they know the right answer, but rather how they think and respond. Do you do things analytically or do you do them randomly? And the difference is clear.

Also, whatever you do, it’s important to keep learning. Never stop studying. If you want to be on the edge, you have to continue learning new things.

What was the reason behind your move to the U.S.?
My wife worked for SAS in Denmark. Two years ago, we talked about trying to get her transferred to the U.S. And once we learned that it could be done, I needed something to do as well. As I said, I was already a subcontractor for SAS, so I applied for an open position here and I was lucky enough to get it.

Do you have a favorite mathematician?
There are so many! There was a Frenchman named Henri Poincaré who was the last mathematician to excel in all of the fields of mathematics. He died in 1912, and after him, mathematics was just too big of an area to excel in all of the different fields. He had a famous conjecture in topology that was not solved until 2002. It was one of the Millennium problems, and a Russian mathematician named Grigori Perelman solved it. Even though he won several medals and a million dollar prize, he declined it all because the proof he gave was based on somebody else’s and he didn’t feel that his contribution was big enough. He didn’t care about money and fame. He is a real mathematician!

Another one is the Russian mathematician Andrey Kolmogorov. He was the first to actually treat probability as a legitimate mathematical discipline. Before him, probability was all based on games—card games, rolling a die, flipping a coin, things like that—and it wasn’t really taken seriously as a true branch of mathematics. He brought it up to a theoretical level. His theory, called measure theory, is very abstract, but is imperative for those who really wants to appreciate probability.

Kolmogorov had an excellent quote about mathematicians: “Every mathematician believes he is ahead of all the others. The reason why they don't say this in public is because they are intelligent people.”

Do you have any favorite math publications?
None specifically, but I do read math every day because of my work. And I also do it for pleasure, occasionally. I can recommend a few books:

Do you have any hobbies you’d like to share?
At the moment, we have two fairly small children, which is a limiting factor. But I like mountaineering, hiking, and things like that. And we’ll do that again when the children are older. I’ve done a lot in the U.S. and in Scandinavia.

If you’d like to talk math with Christian, feel free to email him at christian.haxholdt@sas.com.

If you know someone at SAS who really loves math, nominate them for an interview! Just email me at dylan.sweetwood@sas.com. 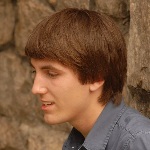