My name is Tonya, and I’m a Statistician.  It’s true.  I’ve been one for almost 20 years now.  I was crunching numbers and analyzing data long before statistician landed on the sexiest profession list.  And now, it seems like that claim to fame has faded in the face of an even hotter job title – the data scientist.

When SAS unveiled our new High Performance Analytics suite of products to a group of analysts earlier this year, it sparked an interesting twitter debate on this topic:

27-Feb-12 22:25 | ColinJWhite:  #sassb SAS doesn’t seem big on the data scientist term.  Yes, there is a lot of hype behind the term but surprised SAS not joining in.

Obviously, there are a lot of opinions about the terminology.  Here’s my perspective:  The rise and fall of these titles points to the rapid pace of change in our industry.  However, there is one thing that remains constant.  As companies collect more and more data, it is imperative that they have individuals who are skilled at extracting information from that data in a way that is relevant to the business, scientifically accurate, and that can be used to drive better decisions, faster.  Whether they call themselves statisticians, data scientists, or SAS users, their end goal is the same.

As the adoption rate for new technology accelerates, one of the key trends that I’m seeing across numerous organizations is the need for these personnel to be able to adapt quickly to changes in their IT environment while continuing to meet the rising demand for their services.

For example, Hadoop clusters are increasingly popping up alongside relational databases in order to scale storage capacities and accommodate ever-growing volumes of data.  Ideally, analysts need to be able to access and analyze these data without having to learn a whole new set of tools.  The SAS/ACCESS Interface to Hadoop provides seamless connectivity between SAS and Hadoop.  This technology enables the SAS user to continue to use the tools that they know and love while analyzing data that is now stored in Hadoop.

Similarly, with just a few tweaks to their code, analysts can take advantage of SAS High Performance Analytics to analyze big data in a massively parallel, in-memory computing environment.

The bottom line is that new technology needs to be delivered in a way that has minimal impact on how the analyst does his job while delivering maximum value to the business.

John P. Kotter, in Leading Change, says, “The rate of change is not going to slow down anytime soon.  If anything, competition in most industries will probably speed up even more in the next few decades.”

Organizations that are able to embrace change and adapt to it quickly will have a decided advantage over those who lag behind.  And, the people with the skills to analyze and understand big data - whether they be called statisticians, data scientists, or SAS users – will be leading the way. 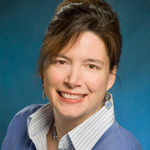 As Senior Manager of the Analytics Product Management team, Tonya Balan is responsible for providing strategic direction for all aspects of SAS’ suite of analytical products. Her team works closely with SAS customers and development partners to define requirements and influence enhancements to SAS’ data mining, forecasting, text mining, operations research and statistical analysis products. Prior to joining the product management division, Balan worked as a technical consultant for data mining and taught numerous statistics and data mining courses for SAS’ Education Division. In addition to her experience at SAS, she has extensive consulting experience and has served on the faculty of the North Carolina State University Department of Statistics. Balan holds a Ph.D. in Statistics from North Carolina State University in Raleigh, NC.