The role of the CIO is changing. Or was that the CFO? The CEO maybe? Somebody's role is changing, that much I do know.

How many times have you read just such an opening statement in an article or white paper and muttered “duh?” to yourself before moving on to something less banal? Really, I am truly sorry to have to do this to you, but I’ve recently come across a cliché that is actually in danger of being correct. The role of the CIO is in fact changing, in ways that will shake up every organization on the planet. Finally. 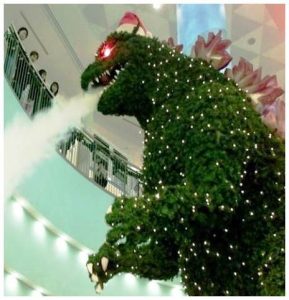 I’m preparing for a panel discussion on the question of how to justify ROI in information technology, and after battling with the related clichés, I’ve decided to chuck them all and propose a more radical response: There is no way to justify investment in information technology in isolation because that is asking the wrong question. The right questions are around processes; holistic processes that include IT as integral to the process and its overall ROI, not as a stand-alone component. There are no longer any IT projects, only business process projects. Furthermore, the questions to ask regarding IT ROI should be about more than just the financial justification, they should be about the relationship and contribution of the process to the organization’s strategic goals. (for a more in-depth insight into this issue, please see the chapter on “Leveraging Technology – IT ROI: An Oxymoron”, p217, in David Axson’s brilliant book, “The Management Mythbuster”)

There was a time when perhaps it made sense to focus specifically on the ROI for stand-alone IT, but that thirty-some year run, beginning with the introduction of the IBM System 360 in the mid 60’s, came to a close over a decade ago with the demise of the data entry department. We have been operating in a transitional period since then, as the Internet has matured, and as W.Brian Arthur discussed in the article I referenced in a post a couple of weeks back, “The Second Economy”, information technology has evolved into the neural network underlying the more obvious and well-known physical economy.

There are no significant processes any more that can be considered without including their associated IT as an integral part of that process. Airline reservations without IT? Customer service without IT? The financial close without an IT-based financial system?  Nowadays airplanes land themselves, cars park themselves, and the Space Shuttle could not be manually controlled until near the very end of its landing approach when its airspeed drops below the speed of sound – above that speed humans cannot react quickly enough to the required changes in wing dynamics. Unless you were a clerk yourself, can you even remember how McDonalds took and managed your order before the advent of touchscreen terminals?

It simply no longer makes sense to talk about the IT separately from the process it enables. As I have previously mentioned (here, and here), it is in the processes where value is created or destroyed in an organization. Taking Arthur’s ‘neural network’ analogy one step further, it would make no sense to debate the value of the nervous system separately from the value of the muscular or gastro-intestinal systems. What might make sense, however, would be a discussion of the right type of nervous/IT technology to deploy in support of the processes of bodily movement/integrated marketing management: autonomic, sympathetic or hormonal / master data management, BI and analytics.

Today we have matrix management in many organizations, with the matrix being between support and line/operational functions. The future will see the continuation of matrix management, but with the matrix instead being between the processes and the functions. Entities will organize themselves around their key processes. Business schools will offer degrees with concentrations in a functional domain (as they do today) and one or more processes. Bill McCracken, CEO of CA Technologies states that we’ll be talking about the CIO as the BIO – business information officer.

I’m going to call his BIO and raise him an SPO – strategic process officer. A key point of discussion at last month’s Kaplan and Norton Palladium conference in San Diego was: Where is the best home for strategic cross-functional processes? Those key cross-functional processes that no single function owns in its entirety. Their conclusion was that these need to be coordinated by an Office of Strategy Management (OSM) reporting into the CEO. Again, I am going to raise their OSM by predicting that the business entity of the future will be primarily organized around its key process (or groups of related processes) that support the vision and mission of the organization. Instead of functionally oriented VP’s for R&D, Marketing and Production, there will be VP’s for Innovation, for Customer Relationships and Satisfaction, and for Quality and Order Fulfillment. There will still be the need for domain experts in marketing, finance, engineering, analytics, and so forth, but these will be subordinate to the value-creation process, perhaps with a director of IT reporting to each of these process owners, advising them on the best information technology to apply to the process given its strategic goals and improvement objectives.

There may still be an OSM, but instead of trying to coordinate the several aspects of, say, a customer service process into and across functions, its job will be to link, coordinate and align the organization’s key processes – a much more worthy and valuable objective.

Is there any evidence of this pending change? I believe there is. In conference after conference, in the business case presentations, I have been seeing one half of this transition for some time now – the focus on process, especially for those organization who have a customer-centered mission or vision (as opposed to those focusing on innovation, quality or low-cost production). A recent example was Cisco’s presentation at the Palladium conference, where not only was their starting point the customer, but the entire order fulfillment process centered on the customer, with the customer located at the START of the process chain, not at the end. While the process elements are still supported functionally, it is only a matter of time before leadership recognizes the need to shift management from a functional to a process focus.

So, is the role of the CIO changing? You bet it is. Today’s CIO is stuck in a no-man’s land, between technology, and the business processes that information technology enables. Those with a more technical bent will find a home advising and implementing information technology on behalf of the business process owner. Those who want a more strategic role will evolve, as Bill McCracken suggests,  into business / operational leaders who understand how their chosen process creates value and how technology can make that process more efficient, effective and competitive. They will still need to justify their planned investments, but the ROI will be a function of the entire process they manage, not just the IT component. And increasingly, that ROI will be measured not only in dollars and cents, but also as it contributes to the mission, the vision and to the strategic goals of the organization.