“Wise Enterprise: Best Practices for Managing Predictive Analytics” was the title, and the assignment to the panel at the recent Predictive Analytics World conference in New York was to share “poignant moments of failure.” Wayne Thompson from SAS began, going back ten years to describe a network intrusion project. He was feeling proud of the cool, new approach he had used to build a role induction model. Wayne felt even happier when it fit so well in training, so the fact that it was lousy in production was quite a surprise. Wayne’s pointers on how to fail included:

Wayne offered a final way to fail - stumble over the size of your data. Customers often ask for help sizing data because they think it is too big. With the advances in high performance computing the problem is not too much data, “It’s that you don’t have the right analytics environment,” as Oliver Schabenberger recently explained at A2011.

Colin Shearer from IBM told of a dramatic failure that resulted in an unnecessary police raid on a state-funded kindergarten! Years ago this project to uncover fraudulent state-subsidized activity merely discovered an outlier, the biggest kindergarten in the country. Size made their behavior look unusual but it wasn’t fraudulent. What does Colin advise to help you fail?

Dean Abbott of Abbott Analytics said fraud projects had tripped him up as well and offered his own top four ways to fail:

So with the handy lists above you are free to head out on our own Mission to Fail. Or do the opposite and increase your chances of success. 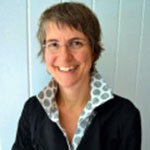