Fraud losses feed the escalating care cost curve, undermining a payer’s ability to offer its most competitive rates to customers, eroding profitability and increasing pressure to ratchet down provider payment rates. In the end, fraud losses lead to higher premiums for contract holders and lower payment rates for providers. In this “victimless” crime, everybody pays the price. Technically, for an action to be labeled “fraud,” intent must be proven in a court of law. For purposes of this article, we will use the term “fraud” to mean fraud, waste or abuse, regardless of whether intent is proven.

Other estimates by government and law enforcement agencies place the loss due to health care fraud in the United States as high as 10 percent of our nation’s annual health care expenditure—or a staggering $226 billion—each year. Certainly, it's a priority for President Barack Obama, as indicated in these statements:

“The President’s 2011 budget requests $1.7B for fighting fraud at the Department of HHS…The President’s budget will support investments in cutting-edge technology and techniques that allow for the analysis of potential fraud with unprecedented speed.”

The Washington Post - Sibelius Pledges to Fight Health Care Fraud
President Barack Obama's choice to head the Health and Human Services Department…called for a crackdown on medical fraud as part of any health care overhaul.

Part of the problem in detecting and reducing health care fraud is that the perpetrators often do not fit what would normally be considered as a “criminal profile.” Sheer numbers wouldn’t tell the whole picture either, because there are two distinctly different types of health care fraud:

Today’s fraudsters also have a good understanding of fraud detection systems, frequently recruit insiders into their schemes, and actively test and exploit thresholds and detection rules to avoid exposure.

There is no one bulletproof fraud or abuse detection technique. Multiple techniques, working in concert, offer the best chance for detecting both opportunistic and professional/organized fraud. A hybrid approach, which integrates knowledge of existing fraud schemes, powerful predictive analysis techniques, and comprehensive triage and case management capabilities, is necessary in order to:

But the industry faces some hurdles in addressing this evolving threat. In my next post, I’ll discuss these hurdles and what can be done about it. 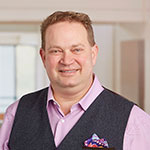 Ross Kaplan serves as the Principal Global Solutions Architect for Health Care in the SAS Security Intelligence global practice. He supports health care cost containment (Payment Integrity) initiatives across the Health & Life Sciences, State and Local Government, and Federal Government verticals. He has been active across North America, Europe, Middle East, Asia Pacific and South Africa. Providing industry expertise and vision at conferences and directly to customers, Ross has been at SAS for over eight years Ross is a 16 year veteran in the health insurance industry, focusing on analytics in health and condition management, member retention, and provider profiling prior to specializing in health care. He has assisted health plans, federal and State and local government agencies in defining their requirements and providing guidance in their solution advancement. Ross is also trained and experience in Healthcare privacy laws. Prior to SAS, Ross served as a solutions architect at Computer Associates and Siebel Systems, working with the Fortune 1000. He has supported other industries such as Insurance, Banking, and Pharmaceutical. However, his primary focus has always been in health care, receiving training in HIPAA and having direct input in Siebel’s health care product development. Ross has been featured speaker at many industry events focused on health care cost containment and payment integrity, most recently on the topic of social network analysis and link analysis, predictive analytics, and fraud/waste and abuse in the European market. Ross earned a bachelor's degree in Business Administration, with a concentration in Computer Information Systems (CIS) from San Francisco State University and his Master’s Degree in Statistics as well as an MBA with a concentration in Systems Analysis. Sales Training: • Consultative Selling • The Customer Delight Principal • Major Account Sales Strategy