The federal government is more aggressively pursuing health care fraud, and helping the states do the same, by proposing funding changes and investing in new technologies. A newly proposed rule would allow 90 percent Federal Financial Participation (FFP) for data mining initiatives in state Medicaid Fraud Control Units (MFCU’s). Another proposed rule will provide 90 percent FFP for enhancements to state’s Medicaid eligibility verification systems. And Centers for Medicare & Medicaid Services (CMS) themselves issued an RFP late last year to implement predictive modeling capabilities to root out improper payments (preferably before claims are paid) across the entire Medicare program. These actions signal the new tone in Washington – that fraud, waste and abuse will no longer be tolerated.

The proposed MFCU rule is significant in that it proposes to provide FFP for a function that typically does not live within the state Medicaid agency. Since MFCU’s need certain legal authorities to subpoena, arrest, and prosecute, they typically are housed within a law enforcement agency such as an Attorney General or Inspector General. Understandable, but because they have resided outside the Medicaid agency, MFCU’s could not get any federal funding for data mining efforts. The Medicaid Program Integrity Unit was traditionally responsible for data mining activities, and was eligible for FFP. The assumption was that they would do this and provide leads to the MFCU when criminal fraud was suspected. It seems the Feds have determined that in order to be most effective, the MFCU’s need their own state-of-the-art data mining capabilities such as those provided by SAS. The Feds have also realized that detecting and prosecuting fraud after it happens is not necessarily the most effective way to address the problem. Another proposed rule to provide 90 percent FFP for Medicaid eligibility enhancements will not only allow states to ready their systems for the influx of newly eligible recipients under healthcare reform, it will also empower states to implement sophisticated eligibility verification capabilities such as those being implemented by the State of NC. Industry estimates show that anywhere from 2-5 percent of Medicaid expenditures are made on behalf of ineligible recipients. Keeping those who are ineligible from receiving benefits to which they are not entitled will prevent the need to detect those improper claims after services are provided, saving hundreds of millions of dollars per year in losses that are typically unrecoverable.

And it’s not just the state Medicaid programs that the Feds are looking to shore up. In another bold move by the Feds, CMS issued an RFP late last year to implement improper claims predictive modeling capabilities across the entire fee-for-service Medicare program (Medicare Parts A and B). Following in the vein of prevention vs. detection, the goal is to be able to detect improper claims on a pre-payment basis and prevent improper payments from ever being made. This will greatly reduce the cost and risk associated with identifying, investigating and collecting on improper payments under the traditional “pay-and-chase” model. Similar initiatives are also being pursued by state Medicaid agencies, such as the State of Illinois.

The bottom line here is that it is encouraging to see the Feds “putting their money where their mouth is” in cracking down on healthcare fraud. Regardless of your opinions on national healthcare reform, we can all agree that fraud, waste and abuse are debilitating the system and need to be eradicated. It will take a coordinated and sophisticated effort across federal, state and local entities. The Feds have certainly stepped up recently. States and locals should not waste this opportunity of additional funding to shore up their end of the delivery system.

This entry has been cross-posted from the State and Local Connection blog. 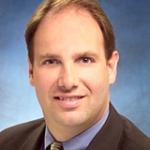 Greg Henderson is a Government Solutions Architect in the Fraud and Financial Crimes Global Practice at SAS. In his current role, Greg is in charge of field support and product direction in applying SAS’ fraud detection and prevention capabilities within the government market. During his 13 years at SAS, Greg has worked in various sales, marketing and technical roles applying SAS’s data integration and analytical capabilities to solve real-world business problems. He led the development of SAS’ market leading anti-money laundering solution, and for the past 6 years has focused exclusively on applying his knowledge and skills in the government space. He has authored several papers and presented at industry events on these topics. Greg holds a degree from Bowling Green State University, and resides in Raleigh, NC.