SAS and the Economist Intelligence Unit (EIU) have announced the release of the 2010 EIU report, "Rebuilding trust: Next steps for risk management in financial services," sponsored by SAS. The 2010 report includes the results of an online survey - that attracted 346 global respondents, all executives with risk management responsibilities at banks and insurance companies - and a series of in-depth interviews with industry and risk experts.

This report follows last year’s SAS sponsored EIU research, "After the Storm: A new era for risk management in financial services," which highlighted the massive erosion of confidence among key stakeholders and the prospects as the industry seeks to rebuild itself, with risk professionals questioning the very foundations of risk management.

The 2010 report examines the steps that banks and insurers are taking to reinforce their risk management capabilities. The survey responses and expert comments indicate that the banking and insurance industries are rebounding from the crisis.

Compared with 12 months ago:

These levels of confidence, which are around double those of last year’s survey, reflect a widely held view that the banking system has been stabilized by the forthright actions of global policy-makers.

Many banks and insurers have made significant progress since the crisis to strengthen risk capabilities. According to the research, however; it would be a mistake to assume that business has returned to normal. The report also confirms that risk has become a key part of the boardroom agenda, with chief risk officers now taking a prominent seat at the top table and promoting a greater awareness of risk principles in the front office.

Given the severity of the financial crisis, and the view that inadequate risk management was at least partly responsible for it, it is hardly surprising that institutions are beefing up their risk capabilities. Almost three-quarters of respondents confirmed that they are increasing their spending on risk processes at an operational level, and a similar proportion is ramping up investment on processes at a strategic level. In addition to providing greater assurance that proper procedures are being followed, these investments could help address key weaknesses in risk, such as dealing with the pace of change and improving the flow of information on risk between departments.

An over-reliance on risk models and problems with the data used to populate those models has been widely seen as a key failure in financial risk management. Today, banks recognize that data quality and availability need to improve, but this is not something that can happen overnight. Asked about the main barriers to effective risk management, respondents point to insufficient data as the third biggest problem, behind regulatory uncertainty and poor communication across departments.

Collecting, storing and aggregating data is generally an area of weakness for many institutions, with only 39 percent of respondents overall believing that they are effective at these activities, and only 29 percent of insurers. In an attempt to address these problems, data is an important area of investment for many institutions, with 62 percent planning to increase their spending on data over the next year.

Key conclusions of the report include the following:

Does this report reflect your firms’ outlook? Are you concerned that your heightened focus on changes in regulatory may distract you from the changes in the risk environment?

Around the world, regulators have stepped up their scrutiny of financial institutions. Many, such as the UK FSA, have gone on massive hiring sprees to strengthen their capabilities and are placing increasingly stringent demands for information and transparency on financial institutions. Although it is not expected that actions taken now will prevent every future crisis, some lessons have been learned and many financial institutions are moving toward a more sustainable approach of a balance between risk and reward. Yet there is still significant progress to be made, not least in building a firm-wide risk culture supported by an integrated risk infrastructure to ensure that there is sufficient, timely information available to make appropriate decisions. 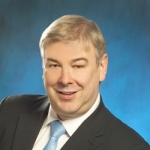 David is the Global Product Marketing Manager in Risk responsible for SAS Marketing and Alliances for Risk Management solutions and technology.