Recently, I watched an old TV show that had taken place in the 1980s. It was fascinating to watch, as it was a detective story and during that time there were no cell phones and the one computer they had was – by today’s standards – prehistoric.

What I thought was very interesting was the lack of information that the detectives had while pursuing the case. Their admin was running around trying to find them with the new information she had discovered while they were trying to contact her (via a pay phone). As they kept missing each other, it took them much longer and many wrong turns before they figured out the crime. I was thinking, wow, if they had access to the fast computers, the internet, cell phones the overall information that we have now at our fingertips, that show would have been over in two minutes.

Then I started thinking about the education industry - K-12 especially. School administrators must feel like those poor detectives on that 80’s rerun! Sure, they have computers and cell phones, but the majority of them have the same issue: the lack of information to make decisions. How frustrating that must be. I felt bad for those detectives, thinking, if they only had what I have now they would be so better off. Similarly, the education administrators in K-12 want to help students succeed, learn and be successful but they don’t have the assets at their disposal to make that happen. With data in multiple disparate systems, not knowing which programs are effectively helping students succeed, how to know which students are getting the topic or not, they have many issues that current technology can remedy, such as hosted or on-site administrative solutions or online curriculum resources.

I have hope. I am hoping with the current administration, new advances will be made to help all schools achieve their potential, not just the ones with the large IT budgets and infrastructure. I am hoping that they all realize the global need to help students succeed with the present technology that we have come to take for granted in our everyday lives. We have come to demand information to make decisions in our lives, why not in our schools? 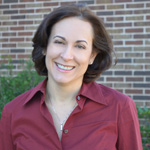 Georgia Mariani is the Principal Product Marketing Manager for the Education Industry.