AHIP’s 2008 Institute is getting cranked up and the streets of San Fran are filling with bag-carrying registrants scurrying back and forth between their “conference hotels” (1 block to 15 blocks away) while the early session workshops are underway.

The session included a briefing on the Federal Comparative Effectiveness Initiative (also known as “The Entity”). To date, what seems to be agreed upon is that the initiative is based to foster substantial comparative effectiveness research, be a public/private entity and also support evidence development while evaluating existing evidence. Still undetermined is the method of funding the entity (no surprise), the degree to which cost-effectiveness will be brought into study and who will have access for use (Medicare and private insurance?). Anyone familiar with the public hearings last fall around AHIC 2.0 must have experienced the “Groundhog Day – Haven’t we already done this” reaction that I did. With AHRQ’s work to-date along with the direction of AHIC 2.0, I am not convinced that another entity is necessary and fear that it will only foster the provider community questioning the entity’s findings versus AHRQ or other work AHIC may support.

Some things are clear though:

 Clinical Effectiveness will not likely ignore cost & value considerations
 Evidence grading will require the ability to integrate into performance management capacities
 Registry data, in itself, doesn’t support prediction as much as outline past behavior
 Observational data & surrogate outcome data must be included into any grading structure

Between multiple evidence evaluation efforts, randomized clinical trials, and coverage/no coverage decisions, the time it takes to get mutually agreed evidence out to the provider community is lengthy. Of even great length is the subsequent time it takes to change physician decision-making and practices.

I take all of this as a further sign that the greatest data gathering efforts in healthcare will ultimately only prove of value if analytics can support new discovery and validation. Furthermore, performance management efforts within hospitals should be evidence-focused and that means they must be robust enough to handle the data complexities inherent in comparison metrics.

I don’t believe AHIP’s policy session in itself will deliver change but it did drive home the importance of including providers and payers into a single collaborative (again, AHIC’s intent). Finally, the best quote of the session was shared third-party during the informative panel portion of the policy update: “If you don’t treat me like an idiot, I won’t treat you like a crook!” Words to live by…….anyone care to guess who the idiot was and who was the crook?

It’s a beautiful cloudless day in San Fran and it’s time to walk back the 12 blocks for afternoon sessions shortly. Ah conference life. 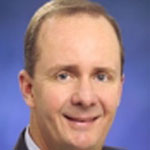 Rick has served as Health Intelligence Officer within SAS Federal, LLC since April 2011. He presents 20+ years of executive-level health experience in both the provider and payer settings and served SAS as senior healthcare strategist for 1998 to 2008. He served as global health & life sciences director within Teradata until rejoining SAS in 2011