Steve Lohr of the New York Times blogged yesterday about the importance of business intelligence software and reflected on his recent interview with Jim Goodnight. Illustrating Jim's concern about the availability of math-savvy business grads with the conceptual skills to handle the software's full strength, Lohr points up SAS' subsequent support for NCSU's Institute for Advanced Analytics, which issues its first masters degrees in analytics this spring. What some people may not know that Jim's concern about the quality of education is expansive, addressing needs at the elementary and high school level as well as higher education. We need to address this problem before kids ever reach the university system, as Jim pointed out in a recent editorial for BetterManagement.com.

Competitive Readiness of America’s Next Generation
Jim Goodnight
As CEO of a technology company competing in a global market I’d like to share a few thoughts with you on the competitive readiness of the next generation. Today’s marketplace is global and growing and retaining creative capital is critical. To thrive or even survive in today’s interconnected world, organizations need people who understand how to leverage technology and information to solve problems.

And that’s what’s expected of our children as they graduate from the school system and into the workforce. However, around the country more and more students are entering the job market unequipped and unprepared. And those are the students who actually graduate from high school.

The Bill and Melinda Gates Foundation commissioned a study on the reasons students dropped out of high school. The report titled “The Silent Epidemic" notes that “almost one third of all public school students fail to graduate from high school with their class."

A U.S. Department of Education study looked at the preparedness of students graduating from high school. The report, titled “Results that Matter," cites some disturbing facts: Nearly 40 percent of high school graduates feel inadequately prepared for college or the workplace. Up to 55 percent of college freshmen entering two- and four-year institutions are under-prepared for college-credit coursework and must enroll in remedial courses in reading writing and mathematics.

Indiana University recently released a study of 81,000 American high-school students. They found that even though three out of four high-school students said that they wanted to go to college, two thirds of them said they were bored, usually because the subject matter was irrelevant or their teachers didn’t care about them. Half of the students surveyed admitted they had skipped school; 22 percent of the students surveyed said they had considered dropping out. And more than half spent an hour or less per week reading and studying.

Clearly this is a crisis. As our high school students graduate and enter college they are discovering that they are totally unprepared. And first-year college students are dropping out of school in alarming numbers. One in four freshmen at four-year institutions and one in two freshmen at two-year institutions fail to return for a sophomore year. And for those who make it through college, their focus of study was not in line with the skills the market needs most.

Why is this happening? Instead of looking at the problem from the world’s eye let’s take a look from the student’s perspective. Today’s high-school student lives in a very different world than the students of even a decade ago. It’s a world with Instant Messaging, cell phones, iPods, YouTube, MySpace and Nintendos. Put yourself in the shoes of today’s student. You are continuously connected to your friends their friends and people around the world. And then you step into the typical high school classroom with a whiteboard, a television with a VCR, and maybe a few low-end computers

This is what we call a “delivery disconnect." For many students today, the classroom experience is more than foreign – it’s mind-numbingly boring. The temptation to quietly text message your friends, play a video game on your calculator, or even surf the Web from your phone grows more and more tempting. And then you get tested on the material you didn’t fully read or hear or understand. You begin a trip down a slippery slope that in some cases leads to dropping out.

So how do we catch up so that our kids can not only survive but thrive in tomorrow’s economy? All the reports indicate that our workforce is unprepared for tomorrow’s market. But bridging the gap might not be as hard as it seems. The irony is that our children are in fact the most technologically-savvy generation of people in the history of the world. Watch any teenager for a few minutes and you’ll see a real-time demonstration of someone who not only understands the value of technology, but is able to apply it toward getting what they want. Of course what they want could be a download of a song or a game! But they know how to do it. And that’s a very big step.

With creative teaching, those same skills can be used to teach math or English. When these subjects are presented to children through 20th century mechanisms it’s boring before the first mark is made on the whiteboard.

With today’s technology, school doesn’t have to be boring. That was the idea behind Cary Academy, a school for grades 6 through 12 that has been in operation for ten years. At the school, technology plays a key role in communication, augmenting the curriculum by integrating email, Internet research and Webpage construction. Every student has his or her own tablet PC. And students, parents and teachers are all linked together.

Technology plays several roles at the school. The first is that educational content is delivered through the same vehicles that kids are familiar with. While MySpace is for socialization, a collaborative website can be used for a school project. Technology strengthens the one-to-one relationship between the teacher and the student. Where a child might be reluctant to raise a hand in class to ask the teacher to explain something again, he or she may be less hesitant to send the teacher a text message or email.

Technology also fosters a greater degree of accountability. No longer can a child lose an assignment or keep a bad report from a parent. Technology engages parents in the educational process, keeping them informed and involved in their child’s progress. By linking the teacher, student and parent together around a single focus – the successful education of the student – the odds of their getting disengaged from the process are diminished. Potential problems are identified in time for action and intervention. And the student succeeds.

Finally, technology helps bridge the gap from high school to college, making secondary education just another small step in a continuous learning process. We’ve witnessed this at Cary Academy, where 100% of the students go on to college. And when they get there, they are better prepared. So they stay in college and gain the skills and knowledge needed by today’s employers.

It is critical that we equip the next generation of workers for tomorrow’s world. And we must do it now. The pace of the world is accelerating at unprecedented levels. A few years ago, the amount of information was doubling every three years. By the end of this year it will be doubling every 11 months. A study just released by IBM predicts that by 2010, two short years from now, the amount of digital information will double every 11 days! As leaders, as citizens, and as stewards of the future of America we must act today to be ready for tomorrow. We must make technology a key component of the educational process. That's my opinion. 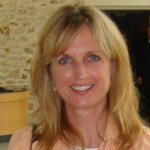