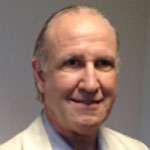 In 2011, my colleague Prof. Chris Nachtsheim and I introduced Definitive Screening Designs (DSDs) with a paper in the Journal of Quality Technology. A year later, I wrote a JMP Blog post describing these designs using correlation cell plots. Since their introduction, DSDs have found applications in areas as diverse

The design of experiments (DOE) development group at JMP has been busy working on the upcoming version of the software, so I cannot mention every new thing in one short blog post. Here, I will cover a few important new features. Speaking of covering, the most exciting new feature supports

Last week, I wrote about the Custom Design user interface for power calculations that is new for JMP 11. My goal for this week’s blog post is to explain how to interpret the new power analysis for the two-level screening designs including screening with hard-to-change factors. What is so different

Last year, I wrote two blog posts about power analysis for designed experiments. Since then, JMP 11 was released, and the user interface for power analysis in the Custom Designer changed. This post introduces the new interface and shows how to use it profitably. Why did you change the interface?

As in many areas of JMP, there are too many new features supporting experiment planning to cover in a single blog post. So, I will just introduce the top few. When JMP 11 begins shipping in September, I plan to post about more new features and with more detail. What

All this month, I'm writing about George E.P. Box, as part of the celebration of the International Year of Statistics. Last week, I wrote about Box-Behnken designs for fitting response surface models. In this post, I want to tell you about the paper Box wrote in 1959 with H. L.

As part of the International Year of Statistics, the JMP Blog is honoring influential statisticians each month. Professor George E.P. Box is the honoree for May. Last week, I wrote about on the first of his two-part paper with J. Stuart Hunter on the family of regular two-level fractional factorial

In this International Year of Statistics, we at JMP are celebrating famous statisticians on a monthly basis. This month is my turn, and early this year I chose Professor George E.P. Box as the subject of my celebration. I was looking forward to writing this piece because I knew George

Today I mourn the passing of George Box, truly a giant among 20th century statisticians. Indeed, I should not relegate him to the 20th century because he won the Brumbaugh Award in 2010 and 2007 for writing papers that made in their year of publication the largest single contribution to

There were probably more state and national polls of the 2012 election for President of the United States than ever before. Despite this, many pundits were shocked by the election result. Most national polls showed the two candidates' expected vote percentages within each other's margin of error. As result, many commentators viewed the presidential