- Perhaps some more than others

The world currently seems very full of two-letter acronyms, all surrounded by a huge amount of hype. But which will actually change the world, and which will turn out to be niche interests, best left to serious gamers or programmers?

Read any kind of predictions article for 2018, and you are bound to find at least one two-letter acronym. The ‘big four’ are probably:

There is, of course, considerable overlap between these four, and they can also be used in combination to produce new experiences for consumers or customers. But for the moment, let’s keep them separate and consider how each one could be used in business, especially in retail, over the next few years to ‘change the world’.

Four ways to change the world

Artificial intelligence has been around for a while, and is closely linked to machine learning. It describes computers that can act, or seem to act, intelligently. One of the biggest possible uses in retail is in online or post-sales customer service, particularly through chatbots.

The use of chatbots has focused on standardising service provision, and freeing up human time to concentrate on more complex interactions. The cynic in me sees a commercial benefit in reducing labour costs, but there is also no doubt that early use cases, often in banking, involve human–machine partnership, with humans having to step in quickly when the conversation gets complex. This, therefore, has been about improving customer experience without increasing costs, rather than reducing costs.

Whether you are a data scientist, business sponsor or IT facilitator, the coming AI-driven transformation demands you keep pace with possibilities. Join fellow innovators at Analytics Experience, and learn from a mix of thought leadership driven discussions, concrete case studies and hands-on workshops.

Machine learning is a similar concept to AI. AI, as the idea that machines can act intelligently, is probably the broader concept. Machine learning is the idea that machines should be able to learn for themselves given access to enough data. This might sound like the territory of geeks, but it could also be a way to deliver personalised recommendations and solutions in the future. It is already being used in retail — recommendations engines like Amazon’s, for example, often use some form of ML to learn from your preferences and deliver more accurate recommendations in future. This type of engine often needs quite a lot of training, with plenty of input from the person on the receiving end of recommendations. This has already changed the way we shop, and could have further impact in future.

AR is not the newest kid on the block by any means, and some retailers were experimenting with it around five years ago. However, it has come a long way since then, and the rapid increase in access to mobile devices, and the number of new devices that can use AR, mean that it may become more mainstream. It might be useful in planning home interiors, and looking at what a product might look like in the home, or even just making the retail experience a bit more fun. Pepsi, for example, showed the use of this technology by adding a panel to a bus stop, startling commuters with sights of tigers and aliens roaming the streets. Its routine commercial application, however, may take a little longer to emerge.

Virtual reality is probably even more limited. The headsets are quite expensive, but I also think that the experience is a little too isolating for the user. It is hard to find many commercial uses for the experience beyond gaming. In retail, I think the best uses are likely to be in analysis or planning of stores by head office but even there, I think it is fairly limited.

Beyond the buzz of what artificial intelligence can do, how will AI change companies and the way they are managed? Learn more from this HBR collection.

The difficulty with making predictions is the potential for it all to go horribly wrong. But it is the right time of year, after all, so here goes. I do not think that virtual and augmented reality will make that much difference in retail this year, at least, and possibly not for the next few years. On the other hand, I am excited by the potential of both machine learning and AI. I will be watching developments in this area closely. 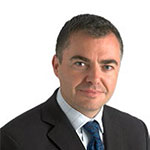