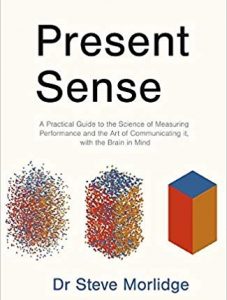 Part 2: Not Storytellers But Reporters

If we ever doubted the importance of having a capability to assimilate mountains of detail, synthesize it and present it in an accessible and balanced way, the storm around the recent reporting of political events has brought it home.

Despots have always exploited the ability to control news media in a world where facts are at a premium. So many tech entrepreneurs naively assumed that the instant availability of news and the proliferation of communications channels would provide us with a plurality of voices and views that would enable us to make up our own minds in a considered way, and help bring about a more tolerant, inclusive society.

Unfortunately, recent events have demonstrated how easy it is for the opposite to happen. Faced with an overabundance of data and opinion, we simplify matters by choosing a limited range of news sources; and in the process can too easily become trapped in a world of self-reinforcing views only loosely anchored in fact, where fake news is undistinguishable from reality.

On the unregulated news frontiers of our highly interconnected world we need the voices of trusted and reasoned judgement to be heard louder than ever before if we are not to revert to a tribal world where everyone retreats behind the palisades of their own prejudices.

In a different context, and on a smaller scale, the applies to organizations just as much as it does to societies. Information professionals have a key role in making sense of the world and communicating it in such a way that organizations come together around a measured and balanced view of the world. The alternative is a ‘free’ market where dominant dogma swamps all other voices and competing interpretations.

Not Storytellers But Reporters

It is possible to tell a coherent, simple story from the vantage point of a historian. After the event, all the facts are known and a balanced judgement can be made with the full benefit of hindsight. But it is rarely possible to do this ‘in the moment’.

This is the reason I think information professionals should not aspire to be ‘storytellers’. But as Phil Rosenzweig (The Halo Effect...and the Eight Other Business Delusions That Deceive Managers, 2007) observes: ‘management is about taking action, about doing things. So what can be done?’. He argues that as a first step we should ‘set aside the delusions that color so much of our thinking about business performance. To recognize that stories of inspiration may give us comfort but have little … predictive power.’

I would argue that information professionals should think of themselves not as storytellers but as reporters. A good model for what they do is the war correspondent attempting to make sense of what is happening on the ground in a conflict situation. Their job is to present a balanced report, recognizing we don’t have access to all the facts and the events that are being reported on can be interpreted in different ways. A reporter’s role is to communicate the relevant facts in order to help us form our own opinions. A good reporter doesn’t promote a particular version of the truth. That is called propaganda. History can only be told after the event; it cannot be observed in real time.

Even though the performance reporter doesn’t have the job of ‘telling the story’, the role still carries great responsibility. While any report can be interpreted in a number of different ways, what a reporter chooses to include and exclude and how information is communicated has a big influence on the psyche of the audience and how they respond to what they learn. And with power comes responsibility, so it is important that performance reporters have a sense of their duty to the ‘truth’, in so far as it is possible, guided by a clear set of principles to steer their activities.