In addition to providing great software for forecasting (and business analytics in general), SAS is also renowned as a great place to work. (See #1, #1, and #3 rankings the past three years in the Fortune 100 Best Companies to Work For.)

Part of this greatness is due to the freedom and flexibility given to SAS employees -- treat people like professionals, and they will act like professionals. Apparently this axiom doesn't work 100% of the time, as we received a companywide reminder today of the need for appropriate attire around the office.

Unlike many companies, SAS has no formal dress code. We were only advised that "...employees should exercise good judgment and common sense in clothing choices." Certain types of clothing were discouraged, including:

*Exceptions are made, I assume, for the landscape crew.

Since common sense can be an uncommon quality, and these guidelines were still kind of vague, I thought I'd offer some specific examples of good and bad in sartorial choices using celebrity models:

BAD: White Linen Suit while being followed by a guy in leg warmers and a mankini (Elton John)

Crocs are still considered acceptable footwear, and kilts are allowed (as long as you aren't an orthodox practitioner of Scottish apparel customs). 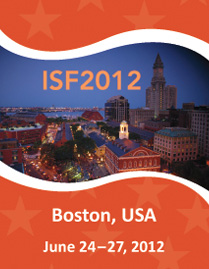 The 32nd Annual ISF will be held this June 24-27 in Boston. The ISF always features the rock stars from the academic world, with a featured presentation on Forecasting: Past and Future by Spyros Makridakis.

Also, for the first time, the event includes a two-day Foresight Practitioner Track (suitable for folks who don't know their ARIMA from a hole in the ground). Speakers include:

Separately, I'll be giving a short presentation on Forecast Value Added, and several of my SAS colleagues will be speaking on more advanced technical topics.