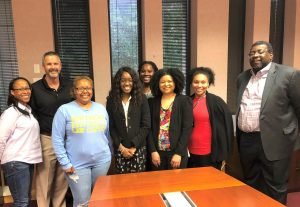 At SAS, our values influence everything we do, from the software we create to how we interact with the communities around us. They also inspire our employees to be curious and think outside the box – and our own Tim Wilson, Director of Patents, is no exception! He’s a lawyer, an innovator, and a champion for diversity in the patent law field.

A passion for law

Tim’s interest in technology was ignited in middle school when he discovered the Apple IIe computer. “I was very interested in what you could make the computer do, and of course, the simple video games,” he says. Around the same time, a TV program called LA Law sparked his interest in becoming a lawyer; and once graduated, Tim began his career in patent law.

Tim joined SAS in 1998 and founded our patent team just two years later. With him at the helm, the team has fought off patent trolls, advocated changes in federal and state laws to inhibit trolling, and even won a case at the US Supreme Court!

So, what exactly is a patent anyway? Patents protect the ideas of inventors, developers and other creators, and allow companies to maintain their competitive positions. At knowledge companies like SAS, whose core business is intellectual property, patents play a crucial role in continued innovation.

“Diversity of thought is important in every field, but it’s essential to innovation,” Tim says.

All of this made Tim think that there was more to be done to encourage diversity in patent law, so instead of sitting on the sidelines, he stepped up to do something about it. “A few years ago, I had an idea to teach law students about a new procedure to invalidate patents at the patent office. At the same time, I was hearing more and more about the difficulty law firms and companies have in finding diverse patent lawyers,” he explains.

Unfortunately, Tim’s right about the lack of diversity in the field. According to the American Bar Association, only 15% of attorneys are nonwhite, and only 5% are Black.

Tim put two and two together, and a one-of-a-kind program was born. “The patent field generally requires a background in STEM, and that’s resulted in a lack of diversity in the field over the years,” he says. It’s important to begin addressing that issue.”

Historically Black colleges and universities (HBCUs) are a key player in the conversation (accounting for more than 1/3 of all Black STEM degree earners), so Tim reached out. In addition to his full-time job, Tim began teaching patent law classes at NC Central Law School – pro bono. And his involvement doesn’t stop in the classroom – he’s also led the fundraising of over $65,000 in scholarships to help HBCU law students achieve their goals.

The program has continued to grow, and now involves multiple law firms and corporate partners who share Tim’s vision. “I’d like to bring the law firms and the corporate legal departments together to support the HBCU law schools in a way they haven’t in the past,” he says. “I’m very excited about the prospect of developing a pool of talent in this area.”

At SAS, we’re dedicated to innovation – so much so that we reinvest 26% of our annual revenue back into R&D

each year. We also recently accepted the HBCU Partnership Challenge, a pledge to include HBCUs in our diversity and inclusion efforts. Therefore, it’s no surprise that Tim’s efforts to empower HBCU law students have been backed by his manager, coworkers, and company leaders.

“SAS was born out of innovation, it’s in our DNA. I love working for a company that cultivates innovation in all aspects. Not all companies would enable a program of this scale,” Tim says. “Our leadership and the legal department have been very supportive of this effort. I wouldn’t be able to do it without the flexibility to work on this project alongside my day-to-day responsibilities.”

The future of the Patent Quality Education and Training Foundation certainly looks bright – they recently held their first Diversity in Patent Law Scholarship gala at the Umstead Hotel & Spa; and Tim was honored by the Thurgood Marshall College Fund with the Presidential Leadership Award!

Interested in hearing more about how we connect with and engage diverse talent? Check out our webpage. 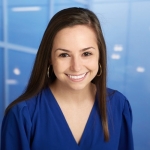 Alyssa Grube is a Sr. Associate Communications Specialist focused on employee programs, culture, and employer branding. She’s passionate about the intersection of people + brand, and loves sharing the SAS story with the world. Seriously, ask her about why she loves SAS – just grab a coffee first.