July 16, 1950, Rio de Janeiro. Jules Rimet, the creator of the soccer world championship, walks through a long dark subway that runs under one of the most famous soccer fields in the world, loaded with poetry, energy and the magic of football: the Maracanà. Above his head, he can hear the muffled noise of over 200,000 fans.

The occasion is the soccer world championship organized that year in Brazil, a country awarded the honour by a Europe that had just emerged, battered and shaken, from the Second World War. July 16 is an unforgettable date for many, not just Brazilians but fans of football and sport: a date that has passed into history as “Maracanazo”.

But let’s not get ahead of ourselves. Jules Rimet is crossing the subway, with the match going on above his head. And not just any match, but the final: Brazil vs. Uruguay. Two neighboring but distant countries, both enemies and friends.

Around the players, the crowd is drunk on both alcohol and the occasion, and in love with being one hundredth of the world and at the same time on top of the world.

All Brazilians, from the everyday shoemaker in the Pelorinho quarter right up to the manager of the Brazilian Football Team, were so certain that they would win that the players had already received a watch inscribed “To the World Champions”. Even the bands there to play the winners’ national anthem at the end of the game had only learned the Brazilian one.

Defeat was not only unthinkable, it was impossible. 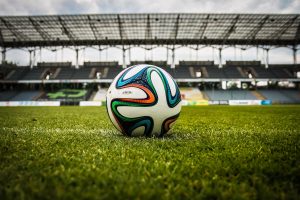 The Brazilian team was full of players whose names have gone down in history: Barbosa, Friaca, Zizinho, Jair, Chico and Ademir. They seemed to dance with the ball, challenging their opponents through a beautiful, lazy, unstoppable game.

Brazil, in other words, knew it would be the first winner of the now-famous cup.

In the first half of the game, driven by public confidence, the Brazilians gave Uruguay a lesson in football but still only managed to reach half-time on 0–0. Just 66 seconds into the second half, however, Friaca scored diagonally. Delirium broke out, and it seemed the beginning of the end for Uruguay.

Obdulio Varela, midfielder and captain of the Sky Blues, did one of those things that stop time and “rewind the story” with inconceivable force.

Everyone watched him take the ball out of the net, slowly, measuring every move and then, slowly, taking his time, move towards the referee. He was going to challenge the goal, suggesting that it had been offside.

He confessed years later that he did all this knowing that the referee would not accept the protest but just wanting to stop the game, to break the momentum of his opponents, and perhaps undermine their confidence and their certainty of winning. Arriving at the center of the field, in front of the incredulous referee, he even asked for an interpreter, doing his best to break the rhythm of the Brazilian team.

It worked. When the game resumed, that perfect combination of magic, lightness, technique, and strength had gone. The crowd was furious. Then Uruguay went on to score. One all. Of course a tie still favored Brazil, who as the host would get to keep the cup, but neither players nor public was prepared to contemplate this for even a moment.

At 79 minutes, Uruguay’s Ghiggia took advantage of a space left by the Brazilian defense, hammering the ball into the net to make it 2–1 to Uruguay. The Maracanã was plunged into a deafening silence. Jules Rimet, in the tunnel under the stadium, stopped in disbelief and strained his ear as if the world above him had stopped.

The Brazilian players desperately tried to even the score, but Uruguay held them off and there were no more goals. The presentation took place in silence. Unbelievably, even Rimet did not say anything, partly because his prepared speech was in Portuguese. There was a near-riot in the stands and streets afterwards, with 10 deaths reported. In Brazil, it felt like a national disaster. The biggest Brazilian daily even described the game as “Our Hiroshima”.

What strikes me most in this long story is not so much the classic iconography of the "David vs. Goliath" clash of the weaker, but more organized, team facing a stronger team, technically and stylistically superior, but also over-full of strong personalities. No, what strikes me is the importance of tenacity, strength, and team leadership, allowing the weaker team to dominate the scene against all the odds.

In my previous articles, I used the story of Fosbury to describe how innovation continues to evolve, beginning with the ability to look at obstacles differently, in ways that others have not considered, and which contradict everything that is taken for granted. I also talked about Michael Collins, the man who stayed in the capsule while Neil Armstrong went to the moon, and so has been almost forgotten. He was, however, crucial to the success of the mission. Even the most imaginative and revolutionary innovation requires men like Collins, solid, compact figures capable of transforming it into action.

Without action, without realization, in life, as in business, innovation would remain abstract.

The story of Obdulio concludes this trio of small characters, showing that those who rule a solid, compact team, driven by capacity and tenacity, can win against the specter of the Maracana that continues to haunt us as we struggle to innovate.

Post-script - Eight years later, in Sweden, led by a 16-year-old boy with a small name and a man with one leg shorter than the other, Brazil redeemed itself, winning the world championship and rewriting the history of football. Those two were Pelé and Garrincha, but that is another story. 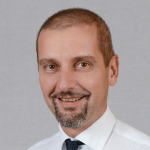 After 15 years of experience in global companies, Federico has developed a huge experience in the finance market. Since he joined SAS, Federico has been focused on projects for the banking industry about digital transformation, CRM, customer journey and digital payments. His work is based on the "Uberization" concept, a new way of create value for the customers by combining innovation and realistic solutions, always in a data-driven approach. In addition, he is passionate about Asia, cInema, theater, music, arts and backpack travels.