Ever wondered about the relationship between radio-frequency identification (RFID) and the Internet of Things (IoT)? Radio-Frequency Identification is one of the many types of sensors that are bringing the IoT to life. They’re fully compatible with the Internet of Things at the most basic level. RFID technology provides a way of locating a specific object at a particular point in space and time. The IoT is a way of connecting objects, and enabling data from them to be combined. In the most basic sense, then, the idea behind Radio-Frequency Identification technology is fully compatible with the IoT.

RFID tags are becoming increasingly sophisticated. While this technology may not have taken off in the way that some envisaged, it has been useful enough that manufacturers have continued to work on improving its tags. Last year, for instance, RFMicron announced that its latest chip would be able to sense moisture, or humidity, and temperature, meaning that it has potential for monitoring the condition of an item’s environment as well as helping to pinpoint its location.

Perhaps the biggest potential lies in embedding RFID readers in smartphones. At the moment, the most common use of its tags is in high-end retail: designer clothing, jewelry, and so on. This is partly because tags and readers are expensive. But a concerted effort to develop readers for use in smartphones by an alliance among RFID manufacturers and tech companies is likely to change the game. 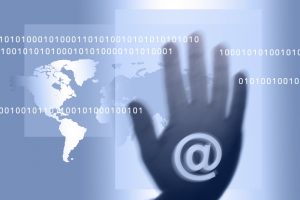 Radio-Frequency Identification has potential to track people as well as objects. Adding a whole new meaning to ‘wearable’ technology, its tags have now been implanted into passports and driving licenses, meaning that people can be tracked in countries where they are required to carry ID documents. RFID technology has also been incorporated into Disney’s MagicBand, enabling the company to track visitors around the park, and provide ‘moments of Disney magic’ on the way.

Future RFID developments may therefore have privacy implications. The example is of Disney normalizing tracking, and by targeting children and making it ‘part of the fun’, they are making surveillance more acceptable. So far, however, excluding privacy campaigners, concerns seem to be muted, but this could yet turn out to be one of the IoT’s greatest problems.

Slow growth and uptake may not be a problem in itself.  Early sales of RFID tags were disappointing, and the technology has taken some 15 years to achieve its current levels of penetration of the market. This has not been a ‘fast-growth’ technology. IoT companies should take note of this, and remember that introduction of a new technology is not necessarily a failure simply because everyone has not rushed to adopt it.

The RFID industry has had to work hard to provide what customers want. Over the last decade, the RFID industry as a whole has focused hard on improving RFID technology. In particular, it has focused on shared global standards and interoperability, because this is what customers want, and has removed technological difficulties to adoption. But the industry has also had to provide strong use cases and set out the benefits.

There are lessons for IoT sales teams from this technology. Companies have found that sales improved rapidly when they started to sell solutions to problems, not technology. In other words, they had to start to focus not so much on the tags and readers, as how these can help customers to address pain points. For example, UK retailer Marks and Spencer introduced RFID tags on its clothes because being unable to find the right size garment was costing the company sales.

The Radio-Frequency Identification industry is fully conscious of the need to embrace the potential of the IoT. Manufacturers have made considerable investment in RFID technology and are not keen to abandon it. In 2014, leading tech companies including Google, Intel, and SMARTRAC, together with AIM Global, formed the RAIN Alliance, to develop the synergy between RFID and the cloud. The alliance hopes to speed up the development of RFID devices that are fully IoT-compatible. We can therefore expect to see RFID devices become citizens in their own right of the continuously evolving IoT landscape.

When it comes to make a sense of all that data coming from sensors and devices, the challenge for many organizations begin. To find new insights about understanding and using real-time, streaming data, read the white paper, Understanding Data Streams in IoT. 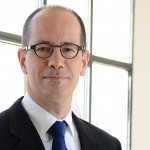