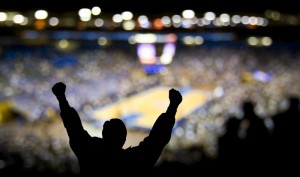 As February is coming to a close, many of us in the US, and perhaps around the world, are ready for March Madness. It’s the time of year when colleges competing in the NCAA basketball tournament become the center of attention.

Who will be part of the tournament has even become a competition of sorts. So much so, that members of the SAS academic community built a Dance Card predictor using SAS. They have a track record of accuracy over the last 4 years of 97%.

The basketball tournament, which begins with 68 teams is whittled down each round to 32, then the Sweet 16, the Elite 8, the Final Four, and finally the two top teams meet where one will be crowned NCAA champion.

For the Symposium, teams worked together to use SAS to perform analyses on data in an attempt to solve a real world problem. Teams were provided with SAS software and had the ability to choose from 8 different data sets. Data sets included things like US spending data, Medicare Payment data, and even Enron email data.

Our tournament is made up of a different type of athlete. I like to think of them as mathletes. Their skills are highly desired by employers. I would venture to say more mathletes are drafted for jobs than your traditional athlete looking to go pro. Some of the jobs may even be in professional sports, just analyzing what happens on the court instead playing on it.

The top 8 teams, or our Elite 8, are provided a trip to SAS Global Forum to present their solution in a 20 minute oral presentation. From this presentation, the top three teams will be announced.

This intense competition began with 63 teams registering to compete. The judging has been completed and the Elite 8 are listed below.

Congratulations to all of the teams. You are on to the next round of the tournament and we will see you at SAS Global Forum in Las Vegas.

Is your favorite team competing? Good news is that tickets to SAS Global Forum may not be as hard or as expensive to get as those of the basketball tournament!

Even if your team isn’t participating, attending SAS Global Forum is an amazing way to pick up tips and tricks and enhance your SAS skills.

Good luck to all the teams, we look forward to seeing you in Las Vegas. 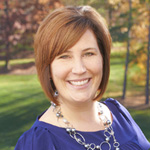 Events Project Manager at SAS working with users groups such as NESUG, WUSS, and others.