You probably already know that college students are actively involved in using social media. But if you think students are only using social media for personal use, think again. This week we are delighted to have Hari Hara Sudhan as our guest blogger. Hari is one of the 2012 SAS Global Forum Student Scholarship recipients and he recently won best contributed paper in the Social Media and Networking Section at SAS Global Forum in Orlando, Florida. Hari shares with us his research and methods for working with social media data and the value it can provide to companies. 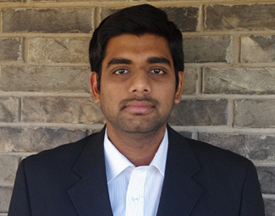 I am Hari. I just recently completed my Masters in Management Information Systems at Oklahoma State University. In fact, I graduated in May 2012. I specialized in data mining and analytics at OSU. During my course of 2 years as a graduate student, I worked on several projects focused on analytics. In this blog I would like to share my experience on one such project. My paper is titled Analyzing sentiments in Tweets about Wal-Mart’s gender discrimination lawsuit verdict using SAS Text Miner.

Social Media has gained attention in the past decade as a valuable source of information for businesses, governments, and nonprofit organizations around the world. The rate of growth in the number of users of social media sites is in the hundreds of thousands every day, especially Twitter. People post everything on twitter which makes it a rich source of information.

Given the huge volume of tweets posted each day, it can be extremely difficult to track tweets that are of most interest to us. One way to obtain data that is of interest from Twitter, is by using the %GetTweet macro which allows you to filter tweets. The %GetTweet macro was published in a paper at SAS Global forum 2011. This is the macro that I used in this paper to obtain the tweets used in the analysis.

In this paper, we focused on a corporate event that took place last year. Wal-Mart won a gender discrimination lawsuit and there was mixed response in the public about the verdict which was evident in their tweets. These tweets were analyzed using SAS Text Miner which yielded some useful information. The clusters formed clearly showed variations in the way people tweeted about Wal-Mart before and after the verdict was passed.

You can learn more about my paper and findings below:
http://support.sas.com/resources/papers/proceedings12/306-2012.pdf

I attended SAS Global Forum 2011 and at that conference I saw many students presenting papers. I felt I should contribute at the next conference and that's exactly what I did. I am so glad that my paper was selected as the Best Contributed paper in the Social Media and Networking Section at SAS Global Forum 2012. Such recognition is a great help for students seeking a career in Analytics.

Thanks Hari! This is a great example of how students are using SAS in their coursework and research projects. If you are a student using SAS and would like to share your work, contact Julie.Petlick@sas.com. For more information on student program offerings from SAS, visit the SAS Global Academic Program website. 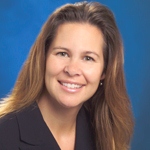 Julie Petlick works in the SAS Education Division as part of the Global Academic Program team. Julie is responsible for the SAS Student Program and is dedicated to supporting teaching and learning.